In July, Helaena Pilcher, a costume student at Plymouth College of Art, contacted me about doing her graduate project justice with a film. She wanted to show what photography could not; the rustling of feathers, glints from the gem-work and the way sun casts deep shadows. Her costume, which one may recognise is an interpretation of a piece worn by Taron Egerton in the 2019 biographical musical based on musician Elton John. This adaptation from Julian Day's Devil costume was an unmissable opportunity as I am always looking for something new to experiment with.
The limited time we had to shoot, relied on my understanding of directing and camerawork. I understood the shot types that were required, and knew that Elton John's Rocketman would be the backing track which helped judge the pacing of each shot. I'd also asked Sonny Layton, a Filmmaker and Illustrator from Plymouth to work as cinematographer alongside me. Helaena worked as producer, providing our model, good weather and location, in the heart of Plymouth's harbour district. The film instantly became one of my favourites, uniquely atmospheric, showcasing something so prococious. The number of shocked eyes that came our way during the shoot leaves an indescribable feeling of confidence that I hope never to forget. 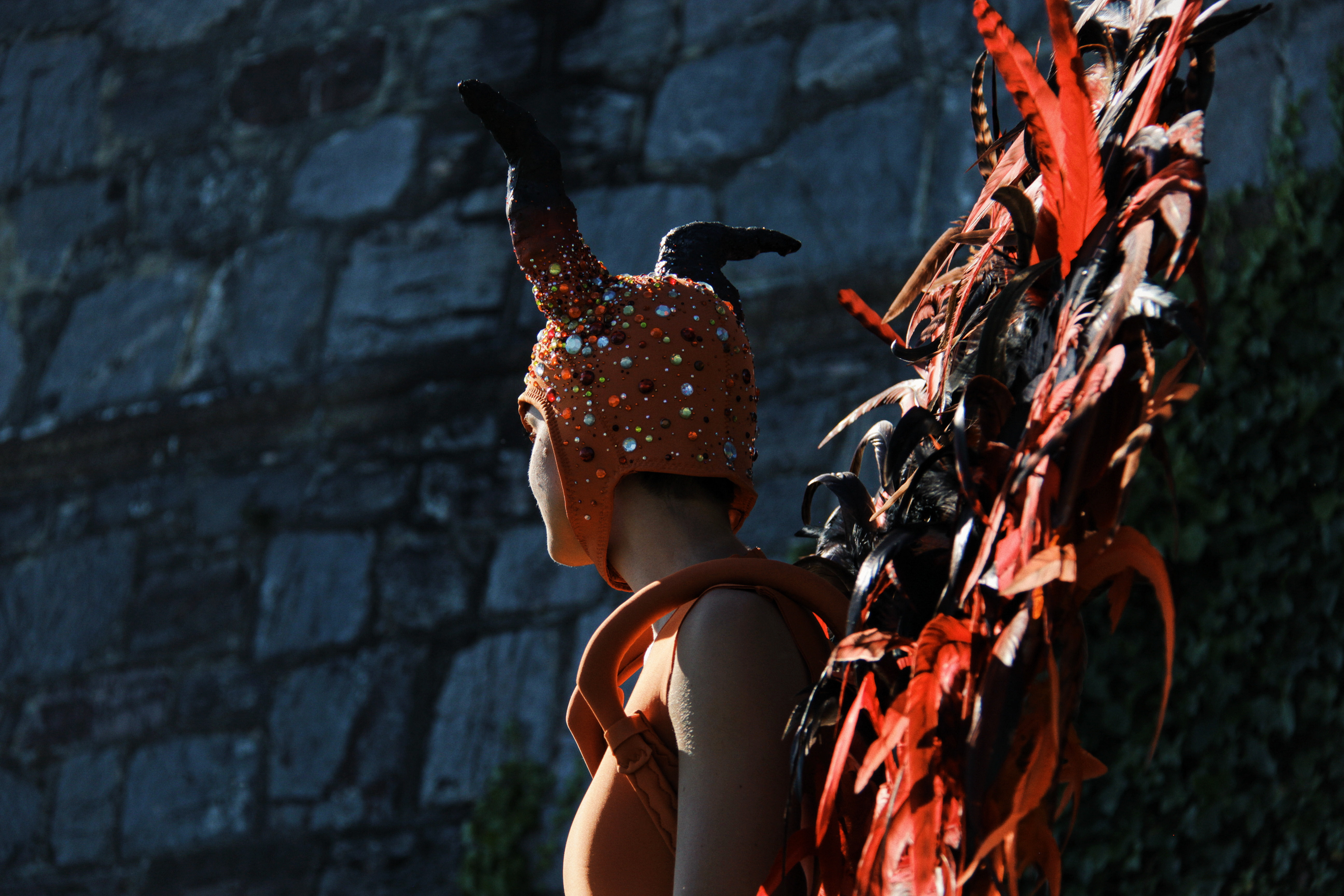 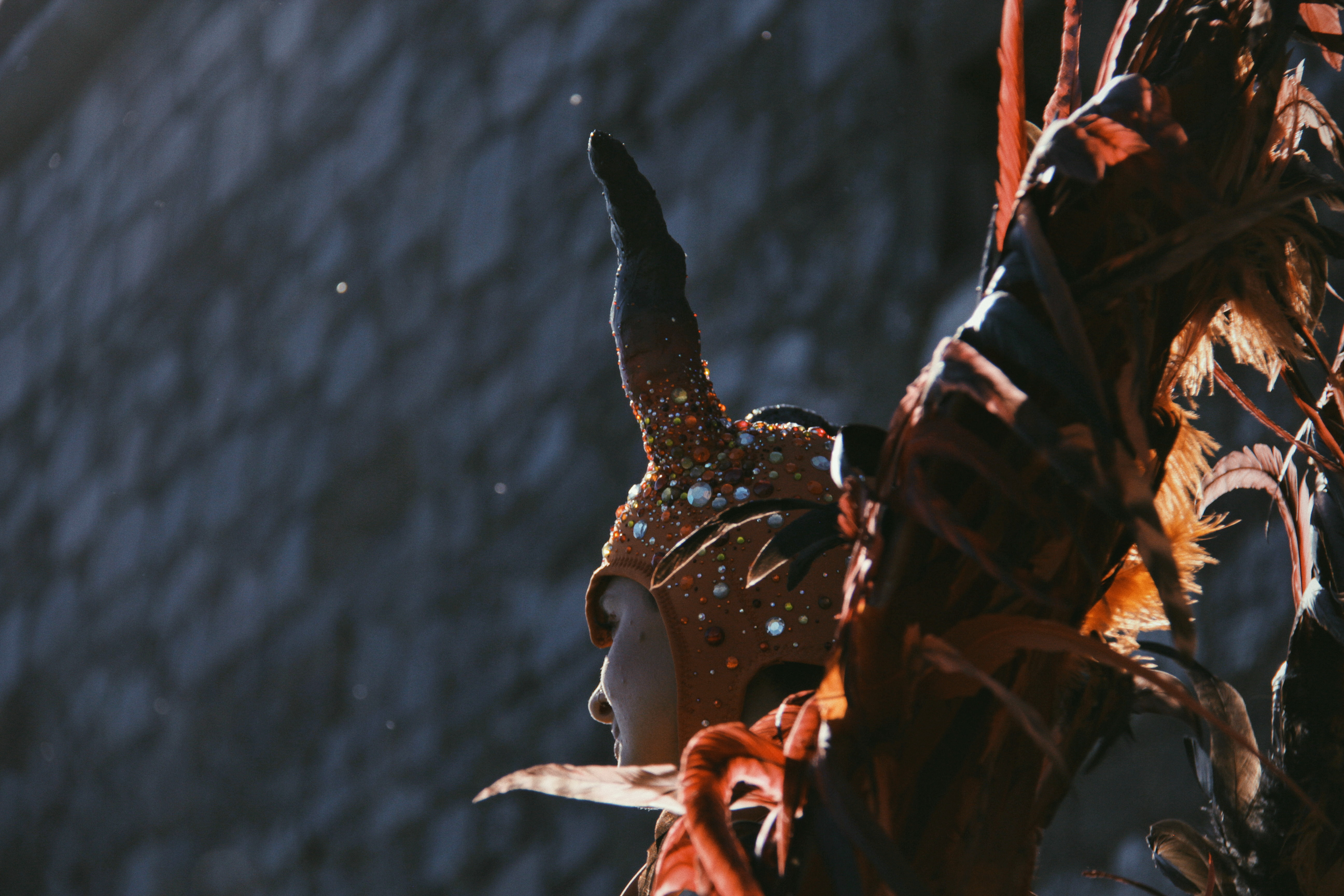 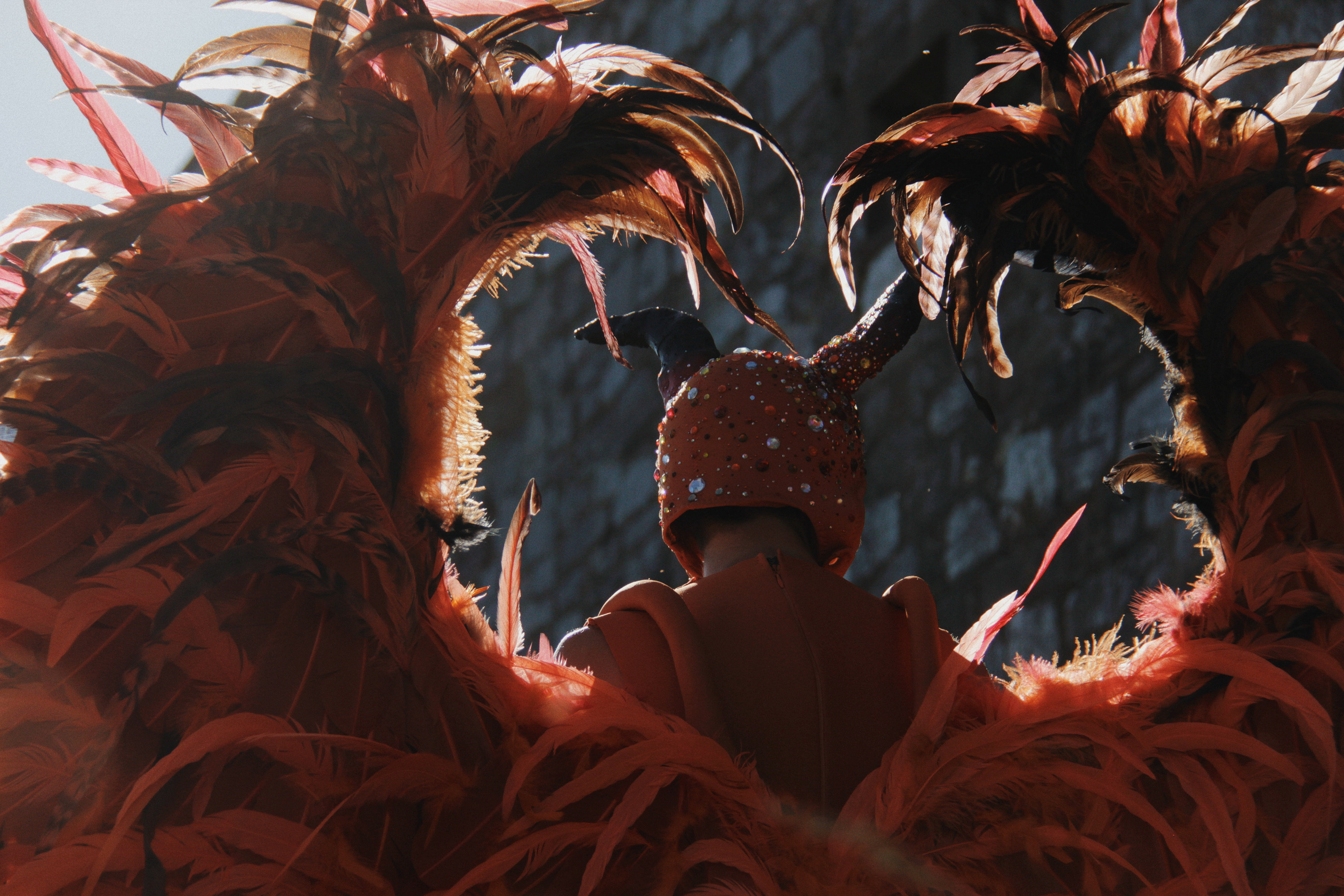 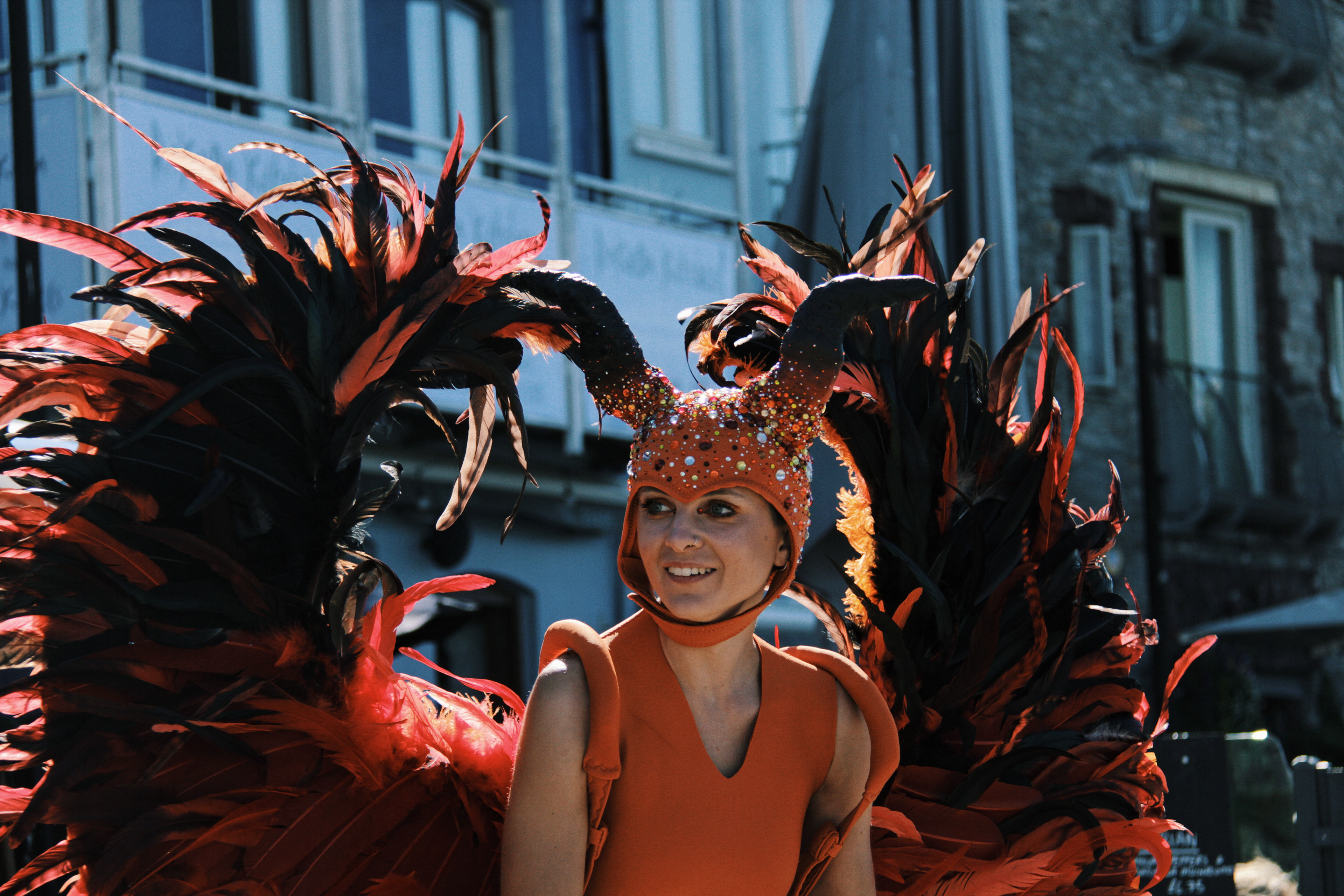